Chronic obstructive pulmonary disease (COPD) is lung disease in which person finds it difficult to breathe. It happens due to lung injury during many years, as a rule, from smoking.

Canadian Family Pharmacy online points out that COPD is most often combination of two diseases:

Over time, COPD, usually becomes more severe. To stop once ongoing process of damaged lung tissue is rather undertaking. But you can take steps to slow down alveoli destruction in lungs, and improve human health, when suffering from COPD (Chronic obstructive pulmonary disease).

In most cases COPD is caused by smoking. Over the years, inhalation of tobacco smoke irritates airways and destroys elastic fibers in alveoli of lungs. Passive smoking is also very negative for organism. Other factors that may cause occurrence of COPD include:

Typically, process of lung tissue destruction takes many years before the first symptoms appearance, so COPD is most common in people who are older than 60 years.

Besides risk of COPD increases if a person has had a lot of serious lung infections throughout life, but particularly important if disease takes place in childhood. In individuals with emphysema diagnosis at the age of 30 or 40 years may be hereditary anomaly of protein alpha-1-antitrypsins. But, fortunately, this pathology meets very rare.

The main symptoms of COPD:

Over time, COPD progresses and person has shortness of breath, even with minor physical exercise. For patient it is becoming increasingly difficult to take food or to perform simple physical exercises. Thus breathing requires considerable energy consumption. Patients with COPD often lose weight and become much weaker in physical abilities.

At some point COPD symptoms can suddenly increase, which leads to deterioration in physical health state. This is called acute exacerbation of COPD. Exacerbations of COPD can range from a minor extent, to life-threatening conditions. The greater the duration of COPD is, the more severe will be such exacerbations.

How is COPD Diagnosed?

To find out whether a person has COPD, it is necessary to come to consultation to pulmonologist (physician dealing with lung health), which will carry out physical examination and will listen to your lungs.

Then he will ask questions about diseases transferred in the past. Ask if you smoke or contact with other chemicals that can irritate lungs.

Next, the doctor will conduct tests for functional assessment of external respiration (eg, spirometry). Spirometry results will show how well lungs are performing.

Your doctor may order chest x-ray and other tests to rule out other problems that can cause the same symptoms.

It is important to diagnose COPD as early as possible. It will help take measures to slow down lung damage.

The best way to slow progression of COPD is to quit smoking! This is the most important and necessary of what can be done. Regardless of smoking duration and degree of COPD, quitting smoking can significantly slow down lungs destruction. The attending doctor will prescribe treatment that will help alleviate disease’s symptoms and improve well-being, which significantly improves quality of life. Medications can help relieve breathing, relieve or reduce shortness of breath. Such medications can be ordered via Canadian Family Pharmacy online at attractively low price. 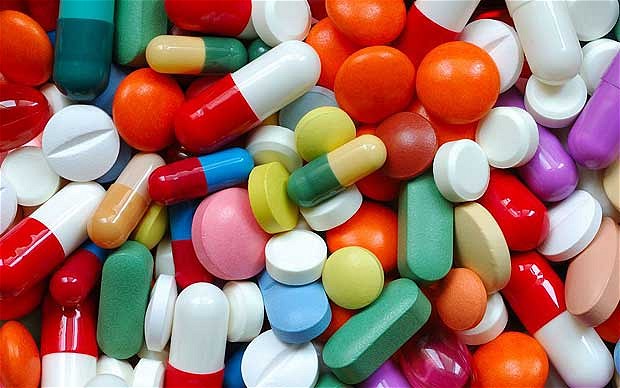 In COPD treatment it is used:

Most bronchodilators are administered in inhaled form, which allow drug to penetrate directly into lungs. It is important to use inhaler strictly on doctor’s prescriptions.

There is rehabilitation program in case of lung diseases, which helps to learn how to manage seizures. Under this program specialists advise and teach patients proper breathing technique – how to ease breathing, show how you can and should do physical exercises, how to eat right.

Prevention of Respiratory Tract Infectious Diseases in Patients with COPD

A special place is taken by prevention of airways infectious diseases. People with COPD are more prone to lung infections. Such patients are prescribed annual vaccination against influenza. In addition, use of pneumococcal vaccine can reduce frequency of COPD exacerbations and development of community-acquired pneumonia, in this regard, vaccination is recommended for patients of older age groups of 65 years and in patients with severe COPD, regardless of age. If all the same COPD sufferer got infected with pneumonia, pneumonia course in vaccinated patients is much milder.

Being at home, you should follow some rules that will help prevent relapses and progression of COPD:

What else Should You Know?

With increasing severity of COPD, asthma attacks are becoming more and more difficult, and symptoms grow rapidly and remain longer. It is important to know what to do in case of asthma attacks. Your doctor will choose medicines that can help with such attacks. But in cases of very severe attack you may need to call ambulance. The optimum action is considered to be hospitalization in specialized pulmonology department, but in its absence or its occupancy patient can be hospitalized in therapeutic hospital to arrest aggravation and prevent disease’s complications.

In these patients over time depression and anxiety are often manifested because of disease’s awareness that is getting worse. Shortness of breath and difficulty in breathing also contribute to feelings of anxiety. In such cases, you should definitely talk to your doctor about what types of treatment you can choose to relieve breathing problems during breathlessness attacks.

The Prognosis of COPD

The disease has had steadily progressive course, leading to disability. The prognosis for recovery is unfavorable. The rating outlook is characterized by the following parameters: possibility of removal of provoking factors, patient adherence to treatment, socio-economic conditions.