A Saving Mold: History of Penicillin by Canadian Family Pharmacy

As early as 1930s, thousands of people died of dysentery, pneumonia, typhus, pulmonary plague, and sepsis was a death sentence.

«When I woke up at dawn on September 28, 1928, I certainly did not plan a revolution in medicine by my discovery of the world’s first antibiotic or killer-bacterium,» wrote in his diary Alexander Fleming, the man who invented penicillin.

The idea to use microbes in the fight against microbes appeared in the XIX century. Scientist already then knew that in order to combat wound complications, one must learn to paralyze microbes that cause these complications, and that it is possible to kill microorganisms with their own help. In particular, Louis Pasteur discovered that anthrax bacilli die under the influence of some other microbes. In 1897, Ernest Duchesne used mold, that is, properties of penicillin, to treat typhus in guinea pigs. 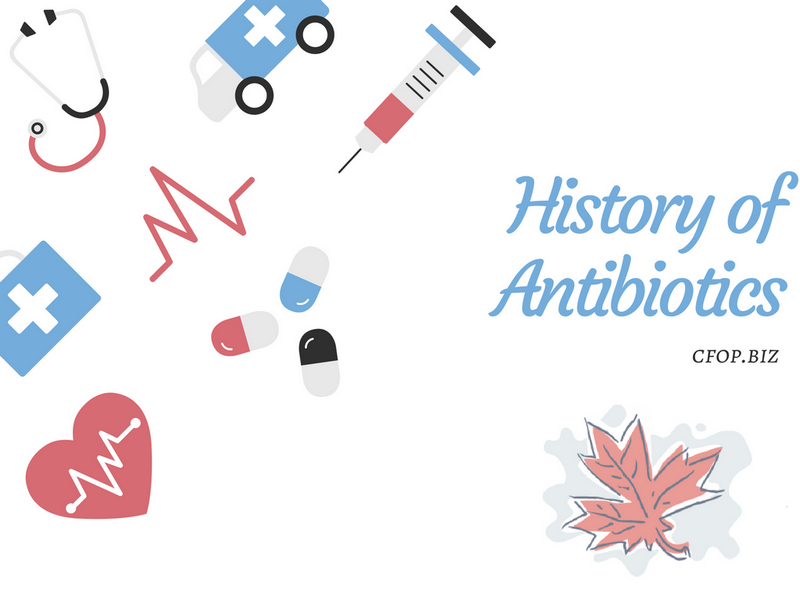 In fact, date of invention of the first antibiotic is September 3, 1928. By this time, Fleming was already known and had a reputation as brilliant researcher, he studied staphylococci, but his laboratory was often untidy, which was the reason for the discovery.

September 3, 1928 Fleming returned to his laboratory after a month of absence. Having collected all cultures of staphylococci, the scientist noticed that molds appeared on one plate with cultures, and staphylococcus colonies that were present there were destroyed, while other colonies were not. Fleming attributed mold, grown on a plate with his crops, to penicillin class, and called excreted substance penicillin.

In further research Fleming noted that penicillin affects bacteria such as staphylococci and many other pathogens that cause scarlet fever, pneumonia, meningitis and diphtheria. However, remedy this means did not help at typhoid fever and paratyphoid.

Report on his discovery Fleming published in 1929 in the British Journal of Experimental Pathology.

Continuing his research, Fleming found that it is difficult to work with penicillium, production is slow, besides penicillin can not exist in human body long enough to kill bacteria. Also, the scientist could not extract and purify the active substance.

Until 1942, Fleming improved the new drug, but until 1939 he could not isolate the effective culture. In 1940, German-English biochemist Ernst Boris Chain and Howard Walter Florey, English pathologist and bacteriologist, were actively engaged in an attempt to purify and isolate penicillin, and after a while they managed to produce enough penicillin to treat wounded people.

In 1941, the medicine was accumulated in sufficient amount for effective penicillin dosage. The first person to be saved with a new antibiotic was a 15-year-old teenager with sepsis.

In 1945, Fleming, Florey and Chain were awarded the Nobel Prize in Physiology and Medicine «for the discovery of penicillin and its healing effects in various infectious diseases».

Importance of Penicillin in Medicine

According to Canadian Family Pharmacy online, at the height of the Second World War in the US, penicillin production was already put on conveyor belt, which saved tens of thousands of American and allied soldiers from gangrene and limb amputation. Over time, method of production of antibiotic has been improved, and since 1952 relatively cheap penicillin has been used practically on a world scale.

Using penicillin can cure osteomyelitis and pneumonia, syphilis and maternal fever, prevent development of infections after injuries and burns – before all these diseases were fatal. During development of pharmacology, antibacterial preparations of other groups were isolated and synthesized, and when other types of antibiotics were obtained, tuberculosis ceased to be a verdict.

For several decades antibiotics have become almost a panacea for all diseases, but the pioneer Alexander Fleming himself warned that penicillin should not be used until the disease is diagnosed and antibiotics can not be used for a short time and in very small amounts, because under these conditions bacteria develops resistance.

When in 1967 pneumococcus was detected, not sensitive to penicillin, and in 1948 antibiotic-resistant strains of staphylococcus aureus were found, it became clear to scientists that bacteria adapt to drugs.

Discovery of antibiotics was the greatest blessing for mankind, salvation of millions of people. Man created more and more new antibiotics against various pathogens of infections. But microworld resists, mutates, microbes adapt. There is a paradox – people are developing new antibiotics, and microworld is developing resistance to them.

In the opinion of Canadian Family Pharmacy experts, antibiotics lose their effectiveness in the fight against diseases, and patients, who do not always take antibiotics strictly according to indications or in necessary doses, are also to blame.

The problem of resistance is high and affects everyone. It causes great anxiety of scientists, we can return to pre-antibiotic era, because all microbes will become resistant, no antibiotic will act on them. Our unskillful actions have led to the fact that we can find ourselves without very powerful medicines. Treating such terrible diseases as tuberculosis, HIV, AIDS, malaria, will simply be impossible.

That is why antibiotic treatment should be carried out very responsibly and observing a number of simple rules, in particular: