What is Important to Know about Eye Sight?

People say about the most precious things in their life using the phrase: “to guard smb./ smth. like the apple of one`s eye”, but usually pay little attention to the health of this apple. As a rule, we start eye care only when we have obvious eye problems which interfere with the life quality. 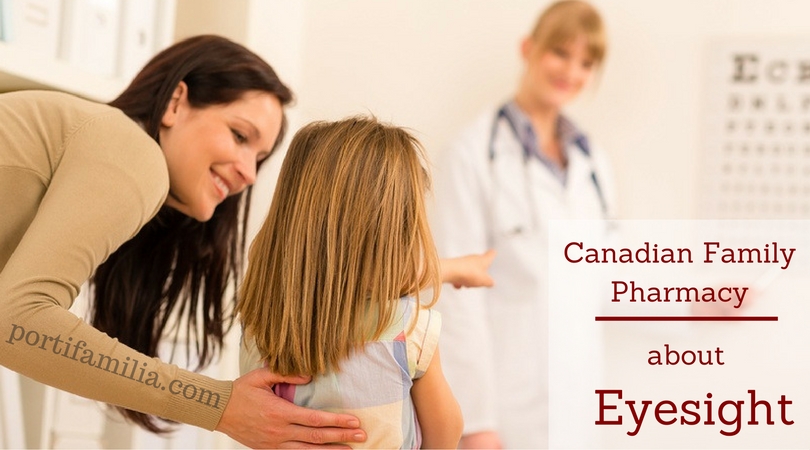 In recent years, eye doctors have noted a steady deterioration of these statistics. The problem of ocular pathologies has generally become “younger”:

This may be explained by heavy loads on the eyes with the school starting.

Eye strain is one of the main causes of visual pathologies: it disrupts the mechanisms of refraction (refraction of light inside the eye) and accommodation (the ability to focus on an object, regardless of the distance). The technical progress in the form of television, computers, mobile phones, e-books only exacerbates the situation. Long, monotonous reading of information in close proximity, magnetic radiation, display flicker – all these things tire your eyes. They are forced to operate in a stressful regime, sometimes exceeding the allowable limit for a normal vision.

The eyes are the window of the soul

Eyes are not only a window of the soul, but also a mirror of our health. They – like a sensitive barometer – react to physical fatigue, lack of sleep, nerve overload, even on change of weather. In winter, the eyes are in particularly more difficult situation: the constant use of electric lighting and long twilight give them an additional load. In the time of sudden changes in temperature and pressure, the eyes are also affected – as a part of the circulatory system of the body.

Blurred vision in adulthood is a natural process. This happens due to deterioration of the elastic properties of the lens and weakening of the eye muscle system which is involved in the process of focusing. Progressive decreases of visual acuity is one of the most common problems among 40 years old people. Vision is also violated by other adverse factors, myopia development can proceed faster and get a more acute form.

An important role in the development of pathology is played by a poor diet which is characterized by a high content of fats and carbohydrates, reduction of plant substances and polyunsaturated fatty acids.

A dangerous imbalance in the diet is exacerbated by a lack of vitamins and minerals, which are extremely important for a normal sight.

According to eye doctors, even small blurred vision causes anxiety and uncertainty about the future among the patients. And, in general, such a dismay is not groundless: any sight impairment is a signal of danger, as they can turn into complications over time, treatment of which requires a surgical intervention.

Meanwhile, scientists claim that 70% of vision depends on a lifestyle of a person and, of course, on his willingness to take eye care. According to ophthalmologists, serious eye problems can be avoided with the help of competent preventive measures.

Distract from the display

Today, in the era of information technology it’s impossible to imagine our life without computers. But everyone can comply with the basic rules of work in front of a computer.

Eyes feeding, or how to improve your eyesight

As we already mentioned, a sharp vision is directly related to a proper nutrition, which implies adherence to three basic principles:

A balanced diet with a sufficient number of biologically active substances largely contributes to improvement of the eye and enhances the effectiveness of other preventive measures to preserve sight. However, statistics indicate that each Europeans consumes only one-seventh of the required amount of vitamins and minerals. After all, it’s impossible to complete the lack of nutrients with modern food. It is physically impossible to eat several kilos of carrots a day to get the necessary amount of vitamin A, or consume liters of sunflower oil to get vitamin E.

Therefore, the easiest and most accessible way is to take necessary vitamins in an optimal combination – a specially balanced dietary supplements. Canadian Family Pharmacy offers all the necessary supplements, which can help “feed” your sight for many years!